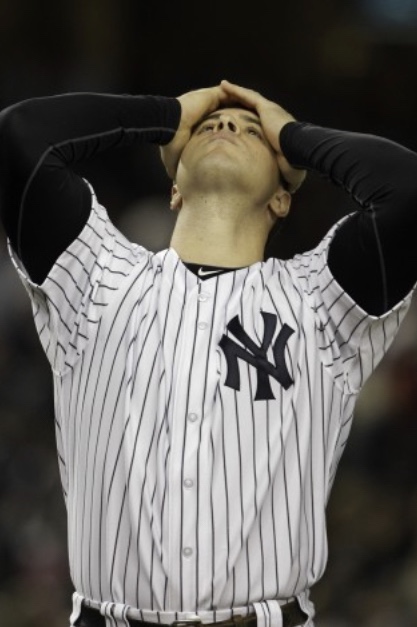 In the last fourteen calendar days, the Yankees have won four games. The Yankees currently sit in fourth place in the AL East, eight and a half games out. Depressing as shit huh! The Yankees have officially hit rock bottom, this team looks and plays broken. The hitting has been non existent, minus a blip on the screen from time to time. The pitching, especially the starting pitching has been wildly erratic and the worst part is, Boone and this team painting a picture that things will get better.

We are in 4th place going into the middle of June, we are still talking about the bats “going in the right direction” and we have MAJOR starting pitching problems, let’s push the panic button and make moves!!

Changes need to be made and fast, we need a starting pitcher and fast, Tallion is a ticking time bomb that blew up Saturday against the Phillies. I have no faith in Corey Kluber coming back and staying back and Sevy had a setback in a rehab start, injuring his groin, the severity we will find out likely today. We need an outfielder, Gardy is becoming less and less useful with both his bat and his fielding, nostalgia is great but we need guys who can fucking play.

This team is fucking awful, it’s becoming difficult to watch this team. Hitting is non existent, pitching is struggling now too and there’s no accountability. No team in sports can struggle like this and have zero changes, @Yankees please for the love of god, MAKE CHANGES!! https://t.co/9V7VY820fK

As a Yankee fan for 27 years, it’s absolutely fucking killing me to watch what’s happening to my team, Cashman or Hal needs to make some kind of statement to the fan base to show they still give a shit. We are at least owed a real reason why this team is not making moves to improve.

Aaron Boone brings us his thoughts on how the Yankees can turn things around. #YANKSonYES pic.twitter.com/GTT7ZpjwQe

Aaron Boone was asked if the team has gotten used to losing and he said no, the team has however gotten used to playing like shit without consequence because let’s face it, win or lose, these players at least play like they are going through the motions. This team needs a guy to step up and be a leader, have a players only meeting and lay the law down and put a charge into these guys bones.