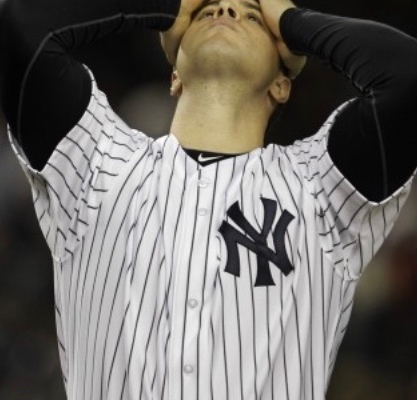 The Yankees have become a joke, they can’t score, the defense every game seems to unravel at some point of the game and the pitching, which has been a strength, has slowly succumbed to the mediocrity of the rest of the team.

You can’t make the playoffs or win the division or win a god damn World Series with the way the team is playing right now. Brian Cashman and Aaron Boone can convince themselves that the bats will turn around but the fan base does not believe it. We expect greatness from the New York Yankees, it makes me sick to watch this team play as bad as they have.

Moves have to be made, this team needs a new face to change the staleness of this team, they need an outfielder and a starting pitcher. If you believe that Kluber will come back and that’s the end of the injuries, I have a pot of gold to sell you. Hicks gone for the season opened the door to find a centerfield replacement. Hicks has never been the answer, you can through so many 90 million dollar contracts before you realize he is NOT a good player.

This team needs to be fixed and sooner than later, the product on the field is not good and at this rate, I don’t see how we make the playoffs.