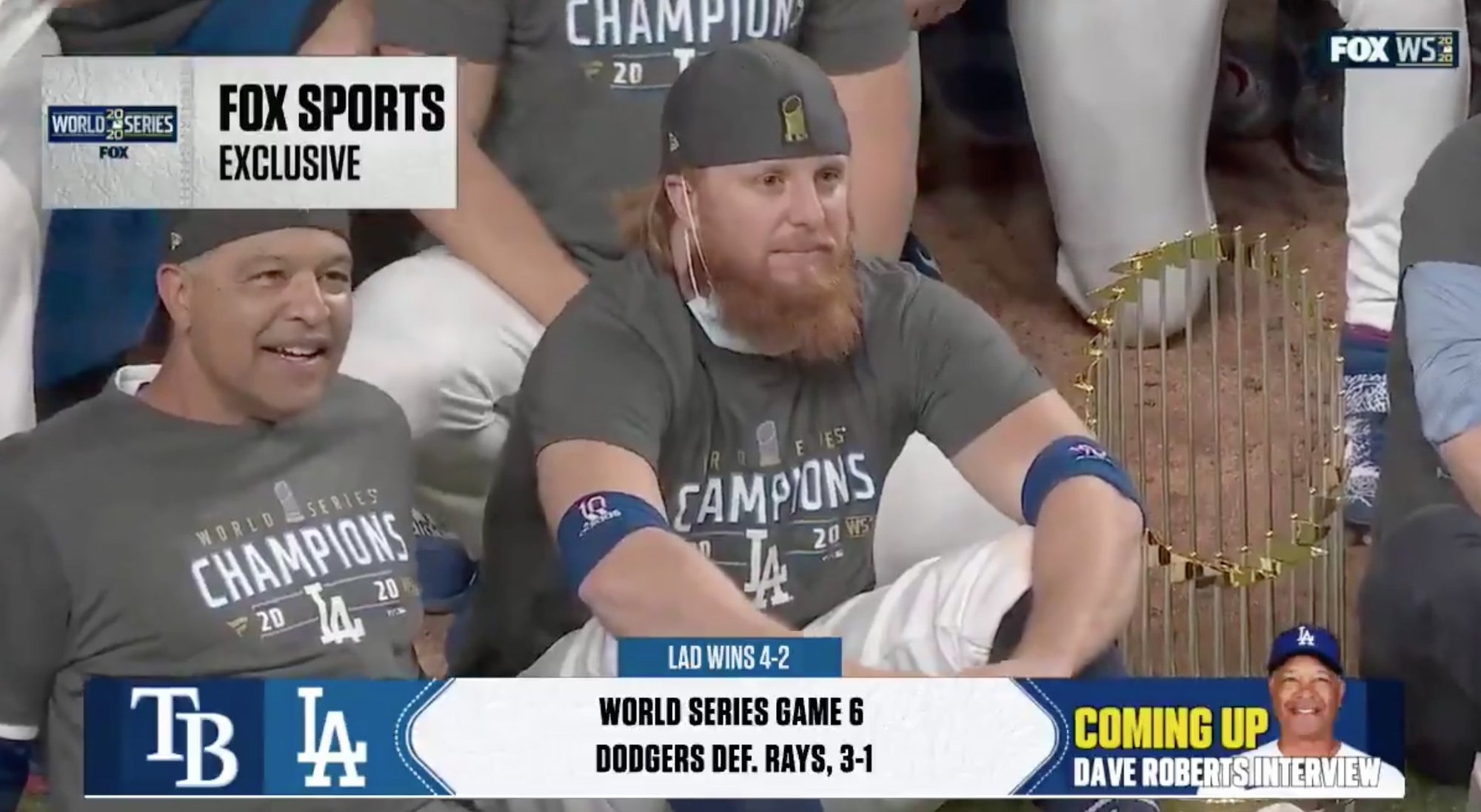 First and foremost, the Dodgers beat those cocky fucks, the Rays to win the World Series, thank you LA!

What a bunch of cocky fucks, trying to steal home, WOW @RaysBaseball

As a Yankee fan, I’m glad the Rays lost the series and in the end, everyone was trying to out think the Rays and the Rays lost because the Rays out thunk themselves taking Snell out after he was dealing in game 6.

“At a macro level, these front offices are really ruining our game… The Ivy Leaguers keep getting an F in this class called playoff baseball.” – @AROD

Once the game was over, the real drama ensued. Dodgers third baseman Justin Turner had test positive for COVID 19 and had to leave the game, only to rejoin his team once they won the game.

Oh and the cherry on top of the cake was the fact Commissioner Rob Manfred was either drunk as fuck or having a stroke when he presented the MVP award to Cory Seager.

Rob Manfred, who has to be shit faced, presents Corey Seager with the #WorldSeries MVP award. #Dodgers #LATogether pic.twitter.com/nKTbex3VSD

Enjoy the win Dodgers, Yanks are coming for that title!