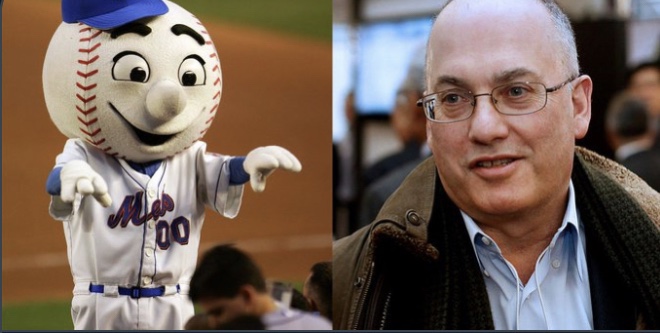 So the Mets announced today that the Wilpons will be selling their controlling stake in the team to minority BILLIONAIRE owner Steve Cohen.

I’ve never really considered the Mets a threat, mainly because they have stunk for so long. Even when they beat the Yanks in the subway series, it was nothing more than tune up games for the real contenders. The Wilpons have kept the status quo in NY by tormenting their own team with half chances and promises of a better day but in the end everyone knew they would need to hone their miracle mantra to ever get anywhere meaningful in their season.

The problem was last season when the Mets went on their run and at least made it interesting down the stretch, if you don’t think that played a part in BILLIONAIRE Steve Cohens decision to go all in, you’re crazy!

The problem now is the Mets will be a better team, they in 5 years will have an owner that gives a shit about winning over the bottom line, which probably is what was needed all this time but the shitty Wilpons never could achieve.

The Mets are now transitioned to my enemy, they are going to be aligned with an owner that gives a shit and the fear is that Steve Cohen may actually outspend my beloved Yanks in free agency. The Wilpons still have 5 years to completely fuck this team up and I’m confident they can but likely, “control of the team” is more for optics and Cohen will be running the show from day one!