As a diehard Yankee fan, I can’t say that I am surprised to hear the Astros cheated. When you go around bragging that pitchers are tipping their pitch and no other team can say this, somethings up!

The #Astros stole signs electronically in 2017 – part of a much broader issue for Major League Baseball. Story with @EvanDrellich. https://t.co/VyS35fDT5D

It’s time for MLB to reign down with a godly vengeance against the Astros and take them out.

First off, they should vacate all wins from the 2017 playoffs at home, this would elevate the Yankees to the World Series and an emergency series would be held to replay the 2017 championship, ok fine a little drastic. How about a gigantic monetary penalty, thus taking them out of the equation to sign free agents this year and all but assuring Gerrit Cole becomes a Yankee, ok deal! 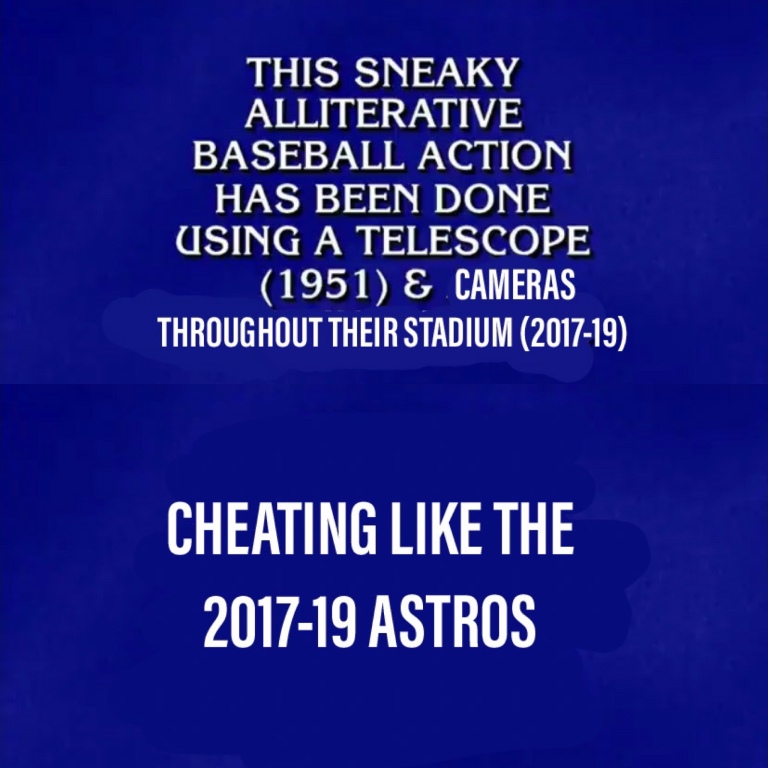