We had the Battle Of Winterfell last week and it was met with mixed reactions but regardless where your opinion lies, I think we can all agree that Arya is a BADASS!

That being said, we look to this coming week, where undoubtedly we are getting the aftermath of last weeks battle. There’s going to be a ton of dead bodies and somebody should probably bring a mop because blood. Seriously though, HBO releases some pics from next weeks episode.

At least one dragon is alive, so that’s good right 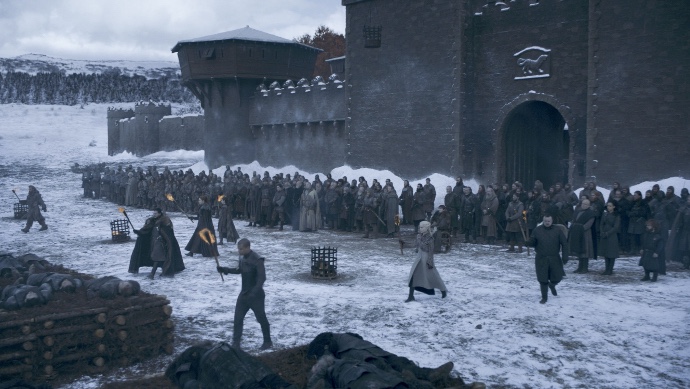 As you can see from this pic, there are noticeably less humans than before last weeks battle.

Jon is looking on into the distance, he sees the next battle.

Daenerys mourns the list Dothraki, honestly though they didn’t even put up a fight!

Now we will win the Last War.
The final season of #GameofThrones airs Sundays on @HBO. pic.twitter.com/hl9Tjglbfv