So the Angels announced today they are shifting over a portion of their earnings to keep Mike Trout on the team. 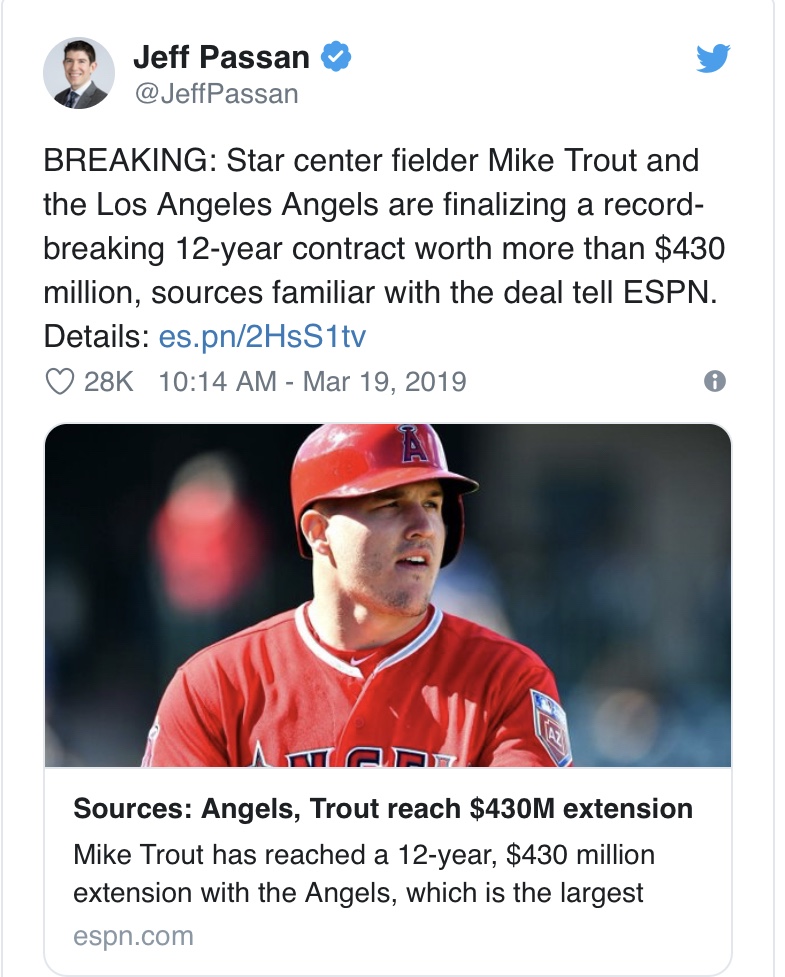 To say that any baseball player is worth close to a half a billion dollars would be ridiculous but few draw an argument as legitimately as Mike Trout. Now you may be thinking 12 years and 430 million dollars is a lot of money and the more I think about it, IT REALLY IS! Things that Mike Trout will be worth more than?

Basically Mike Trout will make nearly as much as Toronto FC and LAFC in his career earnings!

BREAKING NEWS: Mike Trout is going to become a half a billionaire! #MikeTrout #Angels