Back in town to face the Rangers, John Tavares says he has no regrets about leaving the #Isles: https://t.co/V2IpuJnTYc pic.twitter.com/z04oi6fqAB

I don’t know who the bigger joke is in this article, John Tavares or NewsdaySports. For the record I think it must be known that Newsday Sports is probably bottom of the barrel when it comes to covering NY sports. The bias that they show whenever it comes to the Islanders and Long Island is nothing short of pathetic. It ceases to amaze me how Newsday can publicly back NYCB after it basically abandoned the Islanders and let them leave free and clear to Brooklyn. Whats worse is that they actually argue for Long Island getting dibs on the Islanders playing prospective playoff games in that arena. What a joke of a newspaper and the bias alone should bring them an immense size of shame.

On to John Tavares, while at the time I will say that it felt like good ole Johnny boy was cashing out and just leaving the team that he became a star with, I have come to make peace with him leaving. Sure, he is a snake and will forever live in NY lore as yet another athlete that has left NY to “go home” when things were tough but you cant hate the fact that the Isles are in first place and Johnny boys team is second and currently third in the conference. 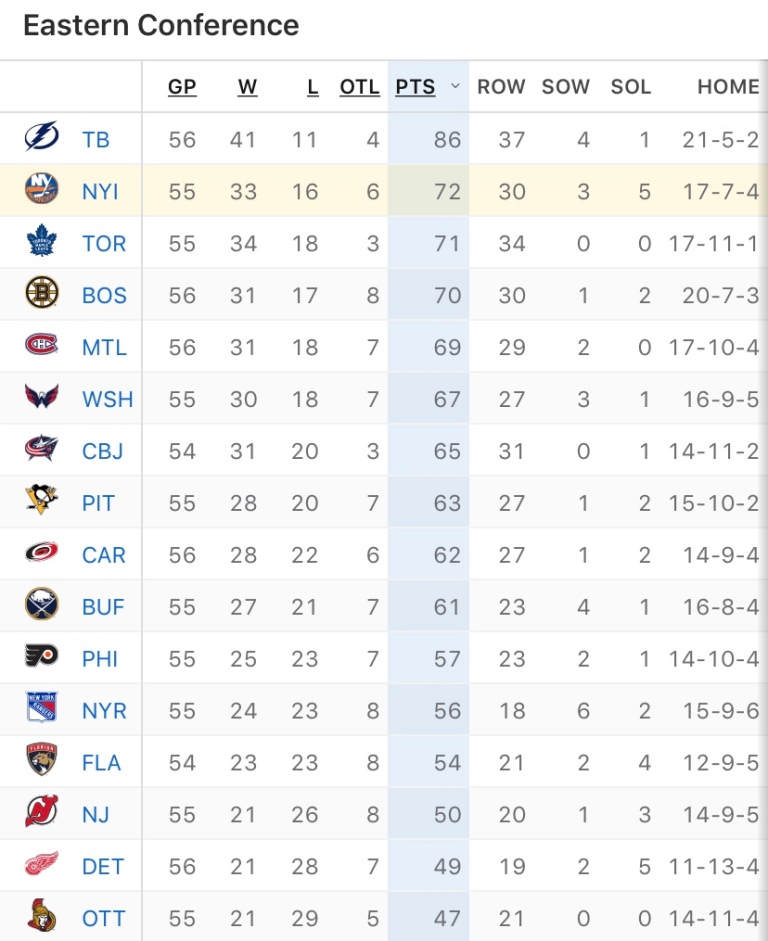 Its quite a difference when a player gets traded and was beyond his control when things are bad, Johnny decided to leave when we needed him the most, and for the record Johnny boy Karma is bitch!