There’s no doubt that Bill Walton is one of the best players in NBA history. But Saturday night during a game that Walton was commentating in, he ate a cupcake with a candle, with the candle still in the cupcake!!

There’s no doubt that from this date forward, Bill Walton will be known as the “Animal”.

Even his partner, Dave Pasch was at a loss, reacting in the only way one can react, in utter disbelief! 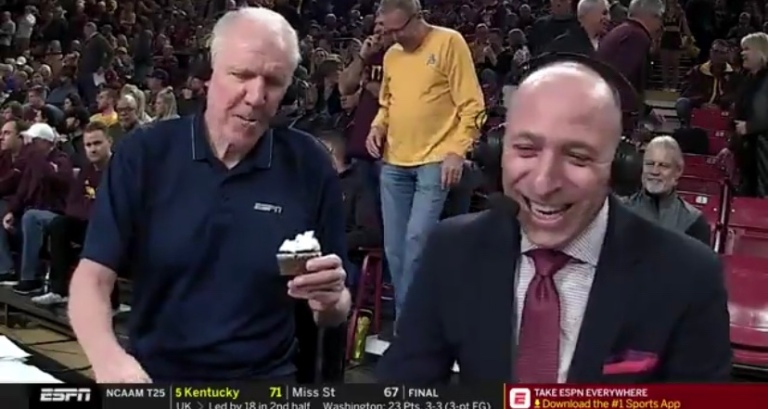 At least one of the Waltons has balls!