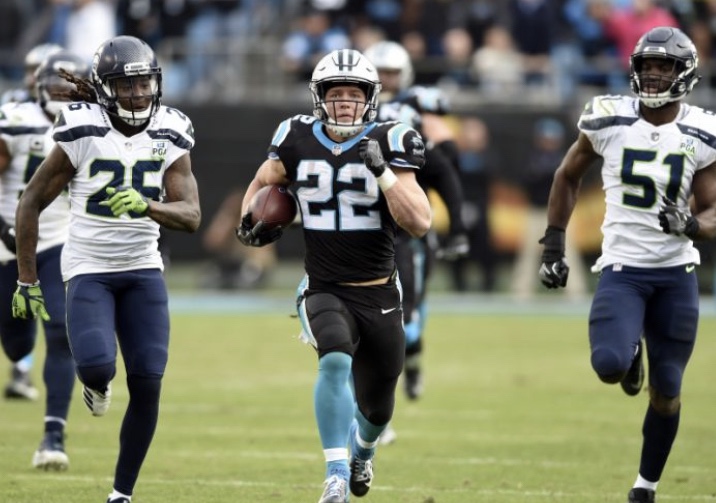 Have no clue who to pick up in the waiver wire in your fantasy league? Wonder no more, The Flag Post has got you covered. We will give you the tools you need to master your league, straight to the ship! Here’s a preview for this weeks waiver wire. Some fantasy leagues will be beginning their playoffs this week, while others will be playing their last week before playoffs. No matter what, these are the guys to get you to the promised land:

The Spin: Oh boy did Baker Mayfield have himself a day this past week, he once again had a monster fantasy week racking up 35 points but he now in his last three games he is averaging nearly 30 points. Its been a very back and forth season for the QB’s in Tampa, however it looks like Winston, barring a catastrophic mistake will be the starter going forward. In his return as a starter this week he was able to rack up 29 points and with a favorable match-up against the Panthers, Winston is a must pick up. Josh Allen is not going to wow you with his laser accuracy as a QB but boy can he run. Last week against a very good Jacksonville defense, he was able to pick up 160 yards passing and nearly 100 yards rushing, both with a score. With a favorable match-up against the Dolphins and the resurgence of the Bills in the second half, Allen is a must pick up.

The Spin: Gus Edwards is increasingly looking like the main back in Baltimore, in his last two games, he is averaging 15 points a game and with the beaten up Falcons coming to town, this is a good match-up. Oakland’s offense is pitiful at the moment and between Jalen Richards and Doug Martin, at any given time its a toss up between the two but Martin has been the more consistent lately. In his last three games, Martin is averaging 11 points a game. Josh Adams has emerged from a weak backfield in Philly as the main guy, need proof? In his last last three games, he is averaging 12 points a game.

Wide Receiver
The Spin: Tyler Boyd has definitely been the go to guy behind A.J. Green but John Ross is quietly having himself a year behind him, in his last last three games, he is averaging 11 points and has scored a TD in each of those games. Desean Jackson, Chris Godwin, are these guys the number two in Tampa? Nope, not even close, that distinction belongs to Adam Humphries. Humphries in his last four games has averaged nearly 17 points a game. Curtis Samuel has stepped up when Funchess and G-Reg has not, he is becoming a favorite behind Christian McCaffrey and in his last four games, he is averaging 12 points a game.
Tight End

The Spin: Alright, Alright, I have been the main guy saying to stay away from Brate but with the season ending injury to O.J. Howard, his stock is rising higher than college grad at the Playboy mansion. Nuff said, pick him up! David Njoku is continuing to ride the Baker wave, in his last four games, he is averaging nearly 11 points, in that period he has scored a TD in two of those games. Chris Herndon is becoming a bright spot in what has been a mainly disappointing season for the NY Jets. However in Herndon’s last four games, he is nearly averaging 10 points.

The Spin: Making their debut in this list is the KC Chiefs, you get to make your debut in this league when you are playing just a god awful team like the Oakland Raiders. Green Bay Packers are another team debuting in this list this year, you also get to debut when you play just a god awful team like the Arizona Cardinals. The New Orleans Saints are just becoming a solid defensive team and it cannot be overlooked, in their last three games, the Saints are averaging 13 points a game.

The Spin: Jameis Winston is in and Fitzy is out, lets move on to the next pick on the list. Derek Carr has got to be one of the most pitiful fantasy QB’s this year, in his last four games, Carr is averaging 13 points a game, DROP. Blake Bortles has been replaced as starter, barring an injury to Cody Kessel, Bortles will probably not start again this year.

The Spin:  Carlos Hyde came over from the Browns and looked to shore up the Jags depth at RB, the problem is with Fournette returning and Yeldon ahead in the depth chart, Hyde is in no man’s land, time to drop. Kenyan Drake is the man in Miami and Gore at this point should only be considered heavy backup and not looked on for meaningful points. Another guy who has fallen down the pecking order is Giovani Bernard. Joe Mixon has established himself as the number one back, in Bernard’s last three game, he is averaging just over 4 points a game.

The Spin:  This will be a two-for, Godwin and Jackson have fallen way down the pecking order, most of that can be attributed to the inconsistency at QB for Tampa, until either player can prove that they can be consistent with the current QB, it would be best to stay away from both. John Brown was a fantasy stud and now is a dud, he has been wildly inconsistent and has not had a meaningful fantasy game in his last four games, in that span, he is averaging just over 4 points a game.

The Spin:I am not going to sugar coat it for you, there is no rhyme or reason to picking up kickers in fantasy, you go for the projections and these three have been in the bottom half all year and will not project to give you that edge, in fact if you see these names pop up on your opponents team this week, you can rest assured that you at least locked up one position against them, that is of course unless you also picked a player from this list, Don’t pick a player from this list, dont do it!