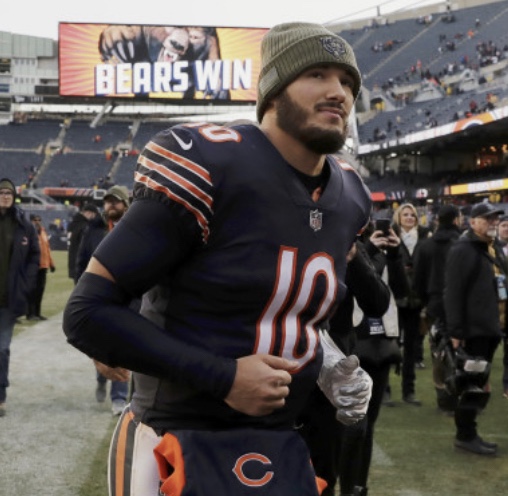 Have no clue who to pick up in the waiver wire in your fantasy league? Wonder no more, The Flag Post has got you covered. We will give you the tools you need to master your league, straight to the ship! Here’s a preview for this weeks waiver wire:

The Spin:Whtcha know abougt Jonnu Smith huh? Well you should know that he is coming on as a solid fantasy option for the Titans and down the stretch in the coming weeks with all the bye options, he should be a top option. Only owned in less than 1 percent of the leagues, he is averaging 12 points over his last 2 games. Trey Burton is developing into a top option in a Bears offense that looks stacked. In his last four games, he is averaging 12 points a game. The Jets have struggled mightily but Chris Herndon has been one of the only bright spots on offense. In his last four games he is averaging nearly 10 points a game.

The Spin: I gotta believe that the Cardinals at least have a better defense than the Raiders, this may be one of the only matchups of the year where the Cardinals defense is favored against an opponent, take advantage of it! The Chargers have been steady as they go, each week, their defense has gotten better, in their last four games, they are averaging nearly 9 points a game. The Steelers are also another team where their defense has steadily gotten better as the year has gone on, in their last three games, the Steelers have averaged 10 points a game.

The Spin: Alex Smith has always been a great game manager but one can say that fantasy stud has never been what he is about and this year is no exception. The ground and pound game of the Redskins is where they are at and passing is not the focal point. Owned in over 50 percent of the leagues, its time to jump ship and pick up a better option. Derek Carr has gone a complete 180 from as little as two years ago, thought to be a MVP contender, now there are talks of trading and re-drafting in Oakland. Whats worse is that in his last four games, Carr is only averaging 15 points a game. Brock Osweiler had a fast start for the Fins against the Bears but since has only averaged just over 7 points a game.

The Spin:  Javorious Allen and the Ravens are coming off a bye and if I were a betting man, I would bet that the Ravens offense will sputter. I would stay away from Allen at all costs as his 9.7 point average for the year is not indicative of how badly he has played this season. Austing Ekeler appeared to be the best compliment to Melvin Gordon but in his last three games, he is only averaging just over 5 points a game, time to look elsewhere. Corey Clement was given an oppurtunity to be the man in Philly but he has fizzled and is looking like the odd man out, in his last three games, he is averaging just over 2 points a game.

The Spin:  I have only tweaked the fantasy TE drop list again, I was certain that Fitzy had regained the starting position but clearly he has not. Brate will never regain his starting role over Howard and its time to look elsewhere. Ricky Seals-Jones is once again on this list, with two or three weeks to go in fantasy leagues, it is not worth picking up a question mark in Jones, in his last three games, he is averaging 5 points a game. Jared Cook was a fantasy stud for the beginning part of the year but with the struggles of Derek Carr, you just cannot depend on him to get you those double digit points, look elsewhere and consider him a flop going forward. In his last three games, Cook is averaging just 10 points a game, far lower than his season average of 17 points a game.

The Spin:  This is an easy one, the Jets defense got hit with a negative 7 and gave up 41 points to a Bills offense. With the Jets on a bye and the team seemingly in a downward spiral, its time to drop the Jets. The Eagles are also on a downward spiral, after a demoralizing loss to the Cowboys, a team who has struggled this year on offense they gave up 27 points to the Cowboys and in their last three games, the Eagles has averaged just 2 points a game. The Seahawks are also on a downward projectory, in their last three games, the Seahawks are averaging just 1 point a game.

The Spin:I am not going to sugar coat it for you, there is no rhyme or reason to picking up kickers in fantasy, you go for the projections and these three have been in the bottom half all year and will not project to give you that edge, in fact if you see these names pop up on your opponents team this week, you can rest assured that you at least locked up one position against them, that is of course unless you also picked a player from this list, Don’t pick a player from this list, dont do it!