Last Friday the WWE traveled to Saudi Arabia to put on a controversial show and Triple H left the event a god damn mess. The event, called dubbed crown jewel featured Kane and Undertaker v. Triple H and Shawn Michaels. Sounds like a good match right? It was built up by the fact that Shawn Michaels came out of retirement and did his best to keep his eyes straight for one more match. The problem is during the match, Triple H tore his god damn pectoral muscle. As you can see above and below, it is as gross as you’ve always imagined. The full tweet below shows that Triple H is a god damn machine, who probably has had way too many surgeries to be this calm over that disgusting bruise on his friggin chest. 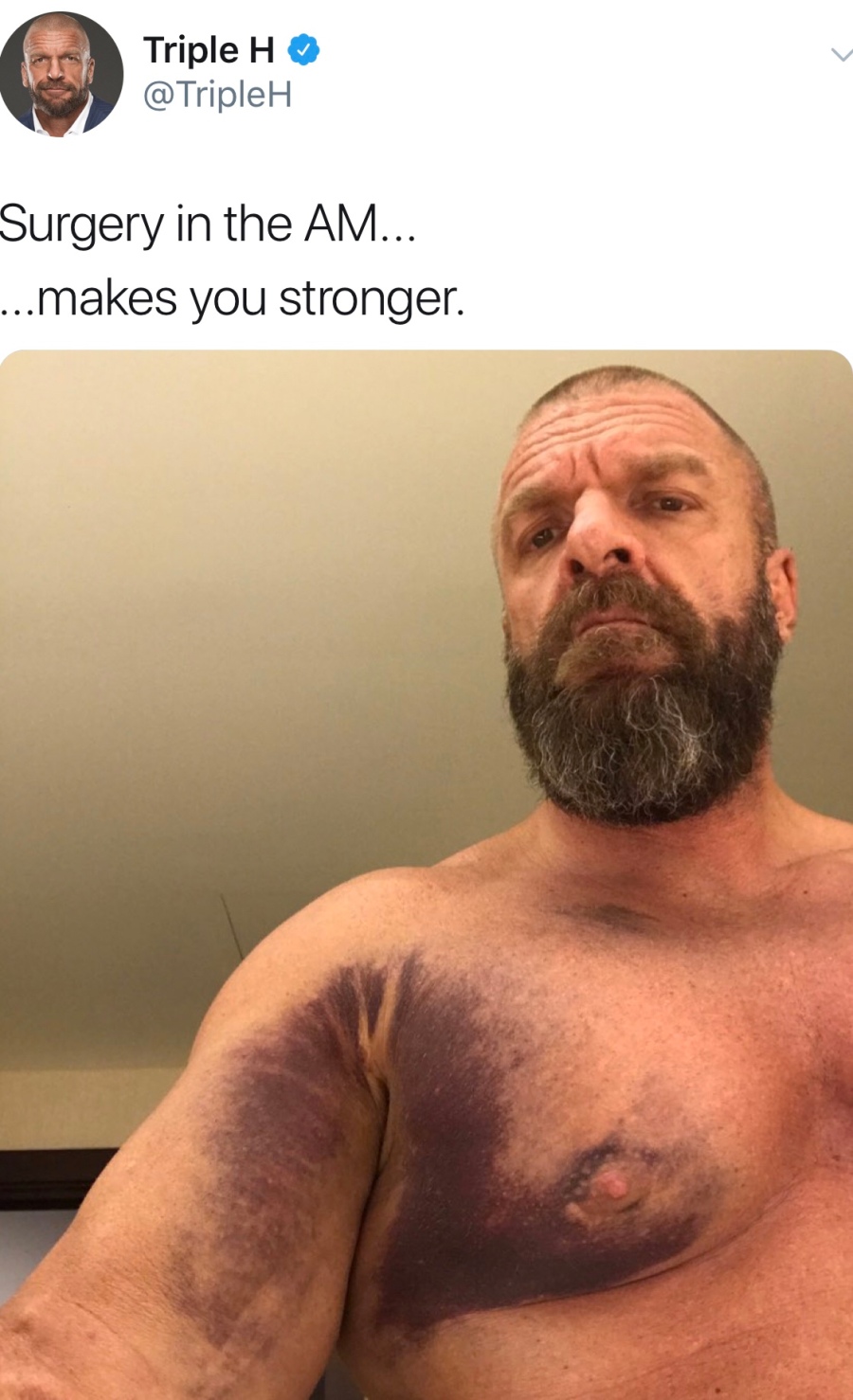 I mean god man, at least act like it hurts!