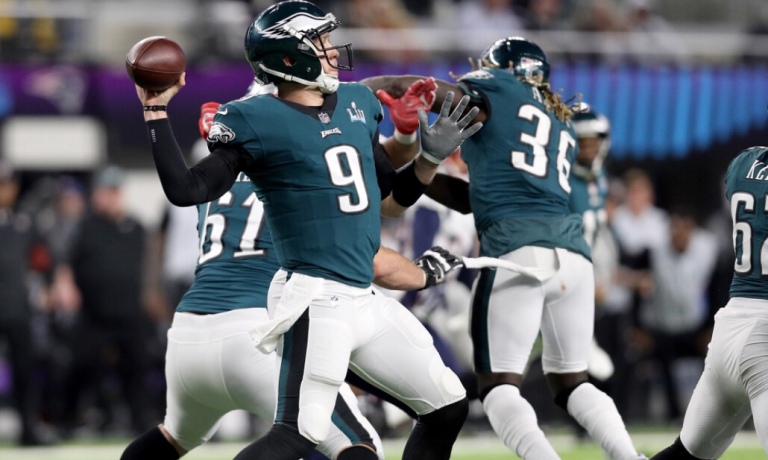 Yesterday we rounded up the AFC, today we Preview the NFC! The big guns are back, Cowboys, Eagles, Packers, Falcons and Seahawks. All stocked up and ready to go but what about the rest of the blue conference? Where do they stand, below is a projected look division by division.

Insider Look: The Eagles look prime to do some damage, can Foles hold the fort until Wentz returns? The Giants drafted Barkley and in Saquan they will trust plus a healthy OBJ. The Cowboys did little to improve their receiving corps after releasing Dez but they will have Zeke for the whole year. Redskins replace Cousins with Smith and they are still boring.

Insider Look: The Vikes upgraded QB bringing in Cousins to replace a departing Keenum. The Pack will hope Rodgers and Graham can get that connection going. The Bears, theeee Bears will be competitive but ultimately falter in a talented division. Even the addition of the former Pats D coordinater, Patricia cannot help a very flawed D.

Insider Look: The Saints will look to improve on last years pound attack, Kamara/Brees looks to be lethal. The dirty birds will be competitive until the end but their D will ultimately lose the division. Cam will do his best and could exceed projections of Funchess builds chemistry with Superman. The Bucs are lost, from Winston’s suspension to basically new faces on both sides of the ball, this is a rebuilding year.

Insider Look: The Rams look to have a monster year with upgrades on both sides of the ball, new addition Cooks looks to have a monster year. The Seahawks will compete but flaws on D will keep this team from any real division contention. Jimmy G will have his first full season in the NFL and will keep the growing Niners competitive but this team is a year or so or way from really contending. The Cardinals are in full rebuilding mode and will fight with the Fins for the best pick in the draft next year.